While in the Twin Cities, we decided to grab a meal at Blue Door Pub as it has been featured on Diners, Drive-ins, and Dives on Food Network and they boast about their Blucys. Blue Door Pub has four locations in the area. We went to the location on Selby in Saint Paul. We had to park on the street at this location, but it was a short walk.

This location is also quite small, just one small dining room area and another bar area with a few tables as well. We got lucky and snagged the last available table despite it being 3:30 in the afternoon. Granted it was the start of March Madness.

We decided to start off with an appetizer. We love trying cheese curds at different restaurants and decided to try the Flaming Hot Cheese Curds as that’s something different from other restaurants. 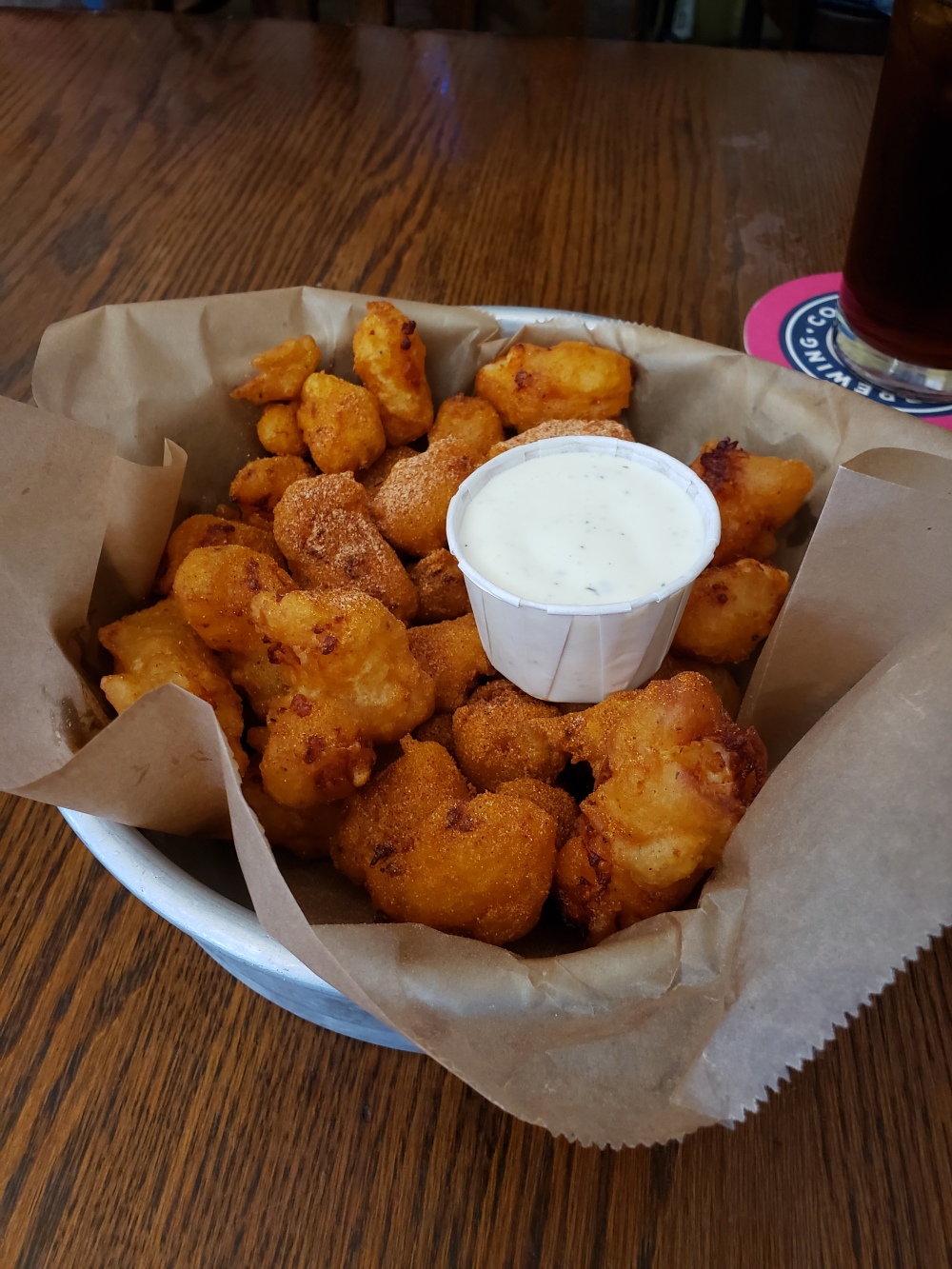 These things were no joke! I like spicy, but even these were a bit spicy for me! The white pepper cheese inside and the habenero cheddar beer batter would have been fine, but the spice they placed on top was what took it to a whole different level. 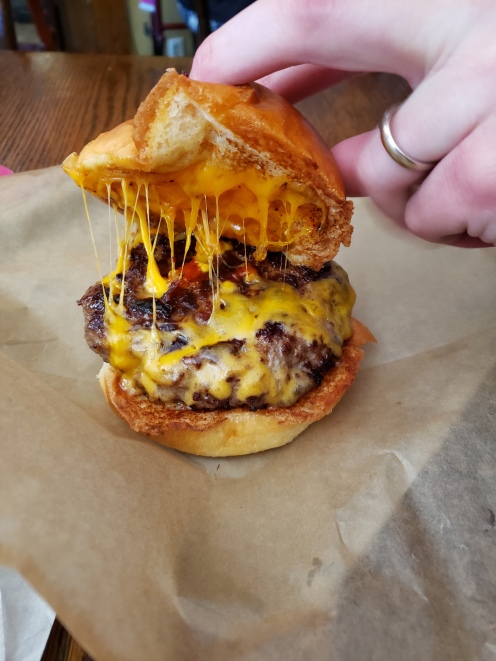 We both enjoyed our burgers, but I prefer mine with pepperjack cheese and we both prefer them with the cheese more inside then outside the burger.

As I said earlier, Blue Door Pub has been featured on Diners, Drive-ins, and Dives, and they have the proof up on the wall showing that Guy did in fact dine there!

While it wasn’t our most favorite meal we’ve ever eaten, we were glad to try somewhere that had been featured on TV and feel it’s worth a visit.

Sign up for e-mail updates from the blog to never miss any details on our travels and follow sitesandbitesjournal on Instagram for the latest news on our travels.