This is the shortest of the three regional Tennessee Bucket Lists. The key city in this area is Memphis, which Andrew and I visited around this time two years ago. It was just for the day as we passed through on our way to Jackson, MS, so we saw some things on the list and others we did not.

All attractions found in the 2018 Tennessee Tourism Guide unless noted.

My bucket list for the Middle Region of Tennessee is significantly shorter than that of the East region, but still substantial given Nashville is the key city in this region.

All ideas taken from the 2018 Tennesee Travel Guide unless noted.

Oh Boy! Back to my good old bucket list posts and man is this a long list! East Tennessee is the mountainous part of the state and is therefore filled with tons of tourist things to check off the Old Bucket List! I’m starting to think we should have visited Tennessee far more often back when we lived in a neighboring state!

Man I can’t wait to plan a trip out this direction!

All ideas taken from the 2018 Tennessee Tourism Guide

On July 31st, Andrew and I embarked on a 12 day tour of the South.  Our journey began by driving to Memphis.  Memphis was a pass through city for us on our way to Jackson for the night.  Our first stop within Memphis brought us to the National Civil Rights Museum. The museum is located at the hotel where Martin Luther King Jr. was assassinated. The outside of the hotel still looks as it did at that time of history.  A wreath on the outside marks the spot where that fateful shot occurred.

Inside the museum, you travel through time, viewing events that led up to the Civil Rights Movement, beginning with the slaves journey to America.  Other exhibits along the way include the Sit-In, Rosa Parks, Freedom Riders, and Sanitation Strike.  This museum has so much to offer, but the amount of information can be overwhelming.  If I lived in the area, I know I’d visit several times and take in particular sections during each visit. The first museum building culminates with showing the room where MLK Jr. spent his last moments, overlooking the balcony where he was shot and killed. Across the way, you may enter another building where the assassin would have made is shot and view evidence of how they captured the man who killed MLK Jr.  It was a very moving experience. 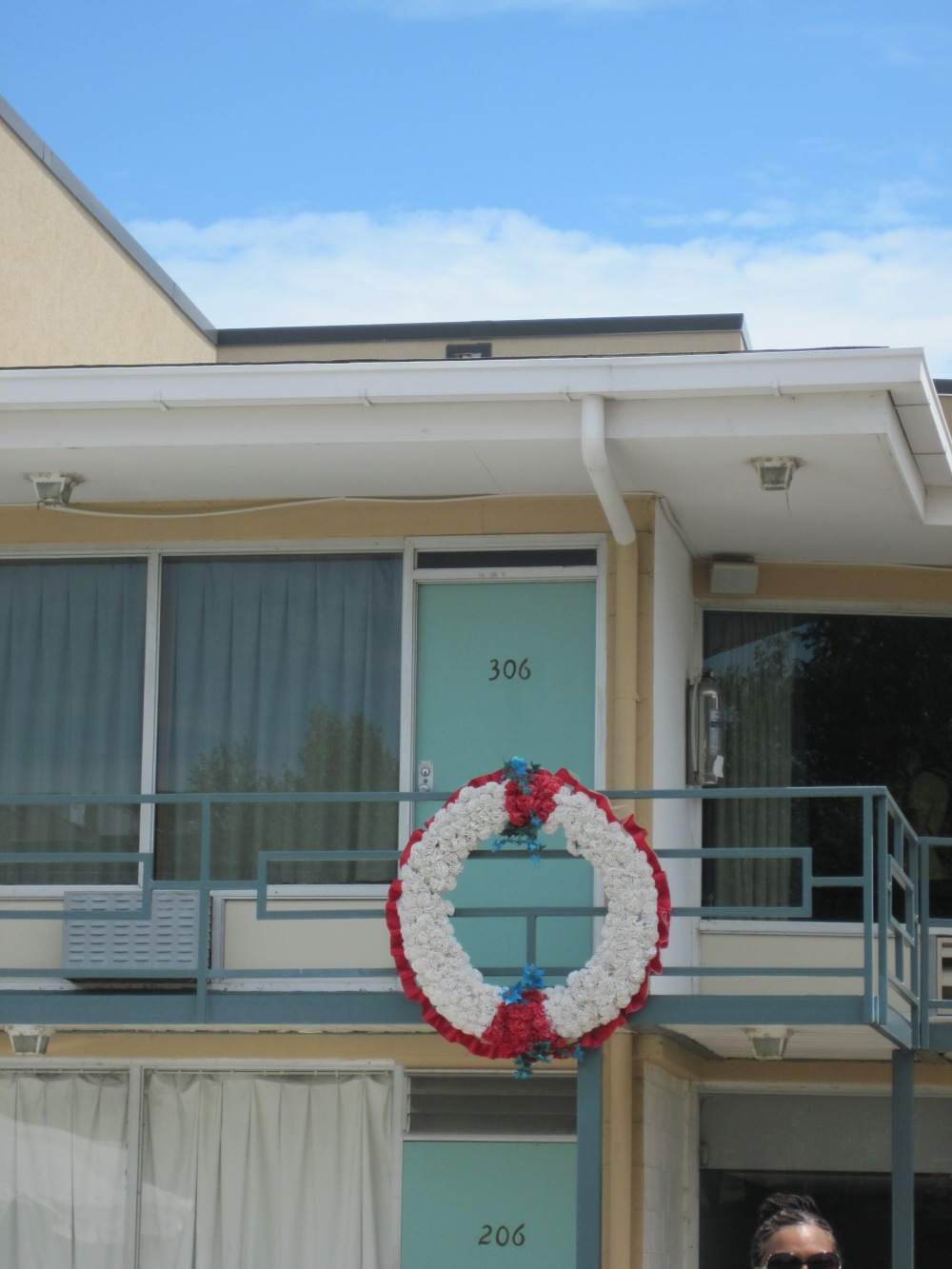 Following the museum, we decided to check out the famous Pyramid of Memphis.  The Pyramid has been converted into a Bass Pro Shop in recent years.  We decided to go in and explore and were very glad we did! The store takes up the entire first two levels and includes a few restaurants as well.  On the third level they have a hotel that you can stay in with rooms that overlook the store.  In the very center of the store is an elevator that goes all the way to the top of the pyramid.  For $10 a person, you can ride to the top and get some amazing views of Memphis. 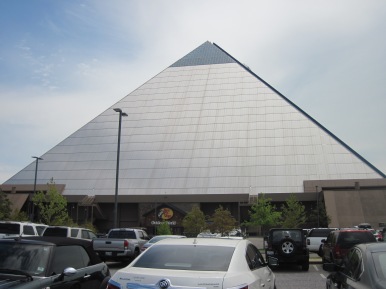 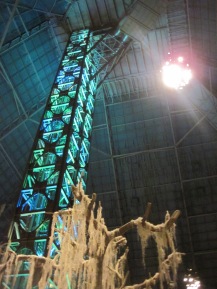 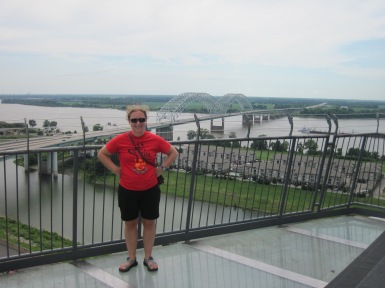 Our last stop in Memphis was a trip to Mud Island River Park.  You can choose to walk across the pedestrian bridge to get there or pay to take the monorail. We chose to walk over.  On the island, they have a scaled map of the lower Mississippi River.  You can walk across the entire map from Missouri to the Gulf down in Louisiana.  It was neat to walk along and see places we would visit later in our trip. It was also very hot that day so we enjoyed sticking our feet in the “river” along the way. 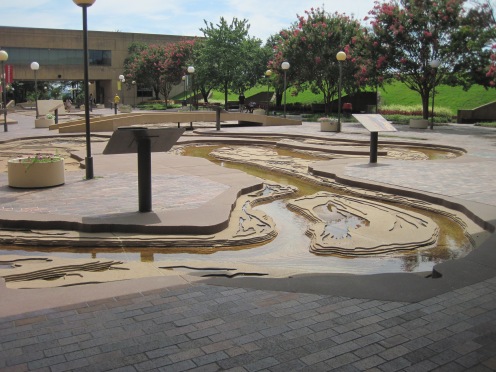 After our visit to the park, we continued onward to Mississippi. We stopped for dinner in Hernando, MS where we tried Zaxby’s for the first time.  Probably my favorite fast food chicken restaurant.  We also grabbed dessert at Area 51 Ice Cream which is supposedly the best ice cream shop in the state and may be my favorite ice cream I’ve eaten to date! Then it was onward to Jackson for the night.