Today we hit on the final region of the Nebraska Bucket List series. This will be my final post of 2020 as I will then take some time off for the holidays! Starting Jan 4th, I’ll be back with the bucket list posts, with our current state of South Dakota, followed closely by North Dakota. Be on the look out then!

Today’s bucket list encompasses the largest city in the state, Omaha, and its surrounding area.

All attractions found in on visitnebraska.com

Today we move to the Southeast corner of Nebraska, which contains the state capitol of Lincoln. There is a fair amount of things that sound interesting to me in this region!

Moving further east into the state, today we focus on the South Central region of Nebraska.

We’ve got another short and sweet list today as we move into the Southwest region of the state!

Today we have a slightly smaller list as we look into the Sandhills region, located in the north central part of the state.

All attractions found at visitnebraska.com

Today we move into my southern neighbor state, Nebraska. We had big plans to see most of Nebraska this past year, but of course 2020 had other plans! However that did make my research time a little shorter since I’d already done a lot of research prior to this year!

Today we focus on that “panhandle” region. Nebraska is a state that is often discounted and considered a flyover state, but the western portion in particular has a lot to offer, especially when it comes to state parks and sites run by the National Park Service. This makes it an area we really want to see in particular as we love our outdoor and historic sites.

Before making our official move to South Dakota, Andrew and I spent two days driving both our cars up to our new home to leave one there before driving back to St. Louis to load all our belongings unto our U-haul. This allowed us to not have to pull one of the cars behind the U-haul.

The trip up along I-70 and I-29 was fairly uneventful minus the fact that it was July and my car had no AC, so I was stopping every hour just to cool down and unstick myself from the driver’s seat! While traveling up, I realized just how close we came to entering Nebraska, a state I had never visited.

Knowing Council Bluffs, IA and Omaha, NE share a pedestrian bridge over the river, on our way back to St. Louis, we opted to stop by and cross the bridge, to say in we had now made Nebraska another official state visited in our book. We thought we were going to be thwarted by the weather for a bit, but we got lucky and had a break in the storms right about the time we reached Council Bluffs.

Due to recent flooding during our visit we weren’t able to access the bridge via the way Google Maps advised. We wound up having to park in a newer apartment complex area near Tom Hanafan River’s Edge Park. To me, this actually seemed more ideal as the other location by the casino that Google wanted us to use would have been a much longer walk to the bridge.

At 3000 ft long, the bridge is quite impressive. It doesn’t take long to reach the Iowa/Nebraska border over the Missouri River. 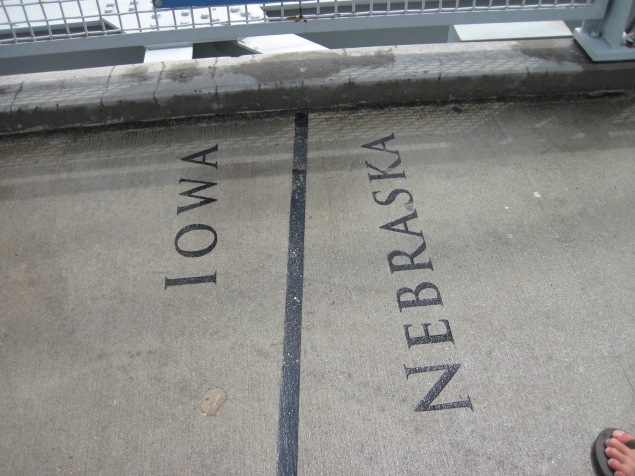 On our way back off the bridge on the Nebraska side, I discovered this fun little sign about how the bridge really is named “Bob.” 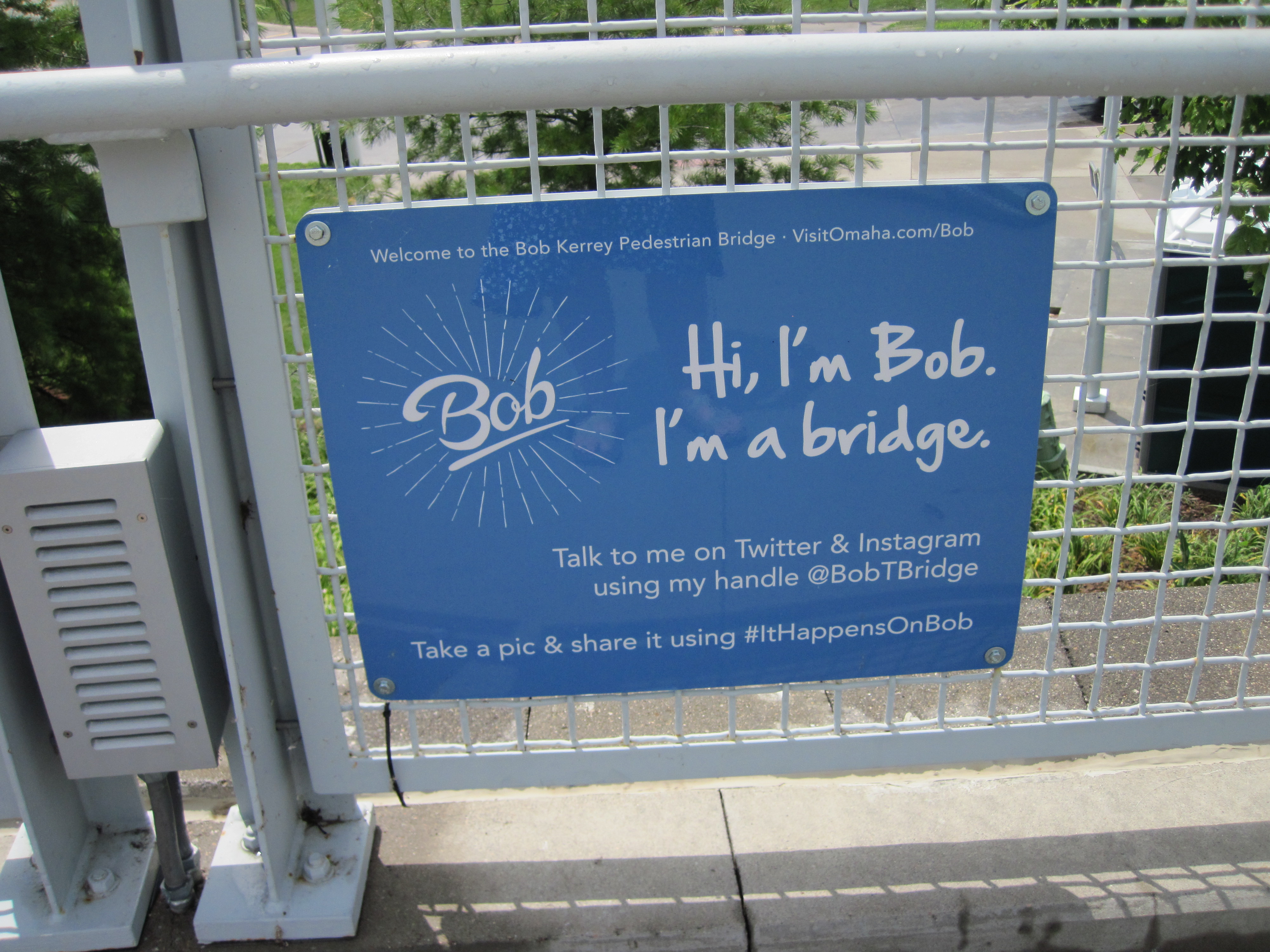 Back on the Iowa Side, we spent a bit more time exploring the River’s Edge Park to the best of our ability given the flooding. One neat thing we were able to check out was the River’s Edge Pavilion and Rooftop Deck. You get a great view of the Omaha skyline from there.

The park is also supposed to have several water features, including a splash pad, and a light show that is performed every half hour after dusk on the green space. We already have plans to visit Omaha for a longer amount of time this coming March and hope to check out the light show then!

Following sitesandbitesjournal on Instagram or sign up for e-mail updates from this blog for more up-to-date news about our travels!