In early September, we decided to take a family trip (dogs included!) down to Yankton, South Dakota, as this is where the headquarters for the Missouri National Recreational River are located, which meant we could get another stamp for our National Park Passport.

We parked near the playground in Riverside Park so that we could walk along the river with the dogs. As you can see, this playground is accessible to kids of all abilities.

Riverside Park is also home to the first Dakota Territorial Capitol.  A replica stands in its place today. This was the territorial capital until they moved it to Bismarck, North Dakota before they territory was split in two and became two states.

The main highlight of Riverside Park is the Meridian Pedestrian Bridge. We actually had to head up to the street to access the bridge when we were there as there was some construction going on in the park that blocked our way to the bridge. From the street we were able to access the bridge. The bridge has two levels to it, so we opted for the upper level first. From the bridge you can see the new Discovery Bridge for vehicles that also takes you into Nebraska. 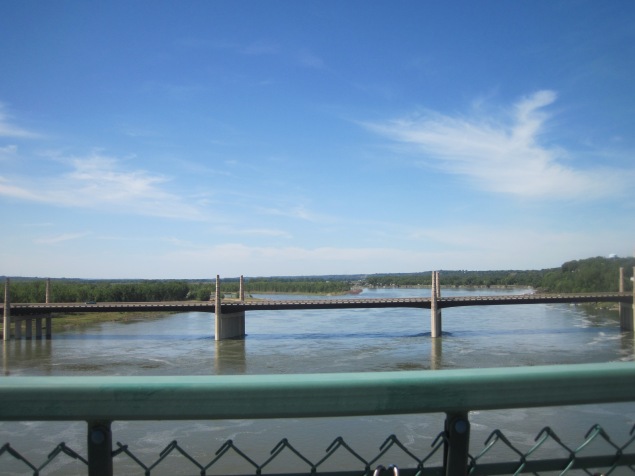 Once we reached the Nebraska side, it was time to turn back and take the lower portion of the Meridian Bridge back to South Dakota. 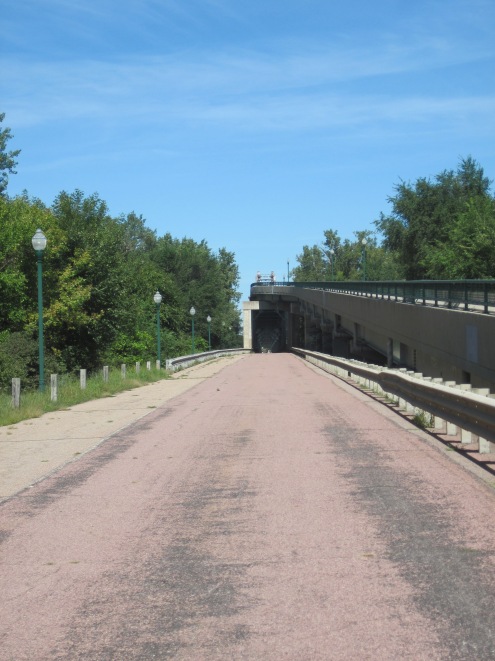 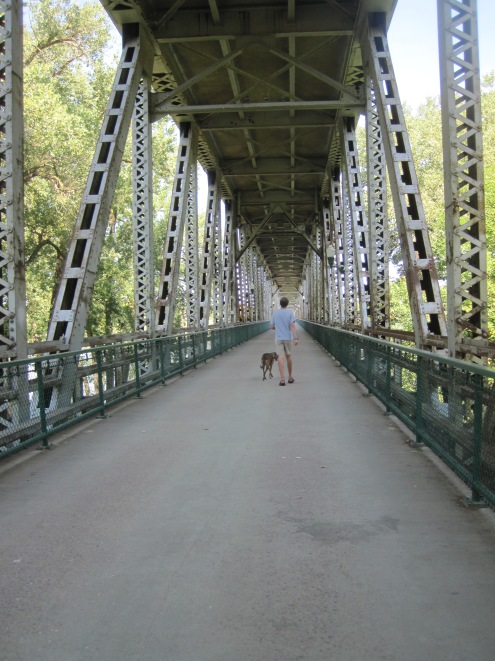 Here’s a little more info about the bridge and it’s history.

If you do have a National Park Passport you need stamped, you actually need to head to a building further east up the street from Riverside Park. They have a small visitor center with bathrooms, and small table that contains the stamp needed, and a room to view a film about the Missouri River. Here you can also obtain a map that shows other attractions along the Missouri River on both the Nebraska and South Dakota sides.