One of the main things I was excited about visiting while at the Mall of America was their aquarium. I’ve been to the mall several times, but it was never something I’d bothered to spend my money on. Tickets I believe were around $25  (plus tax) a piece for an adult if bought at their door, but we got them online ahead of time for around $20. I think it still was about 50 bucks when you accounted for tax and any other surcharges, but from what I’ve heard it at least saves you a few!

One neat thing about our visit to Sea Life, was that they had just opened their brand new “Brave the Rain Forest” exhibit. 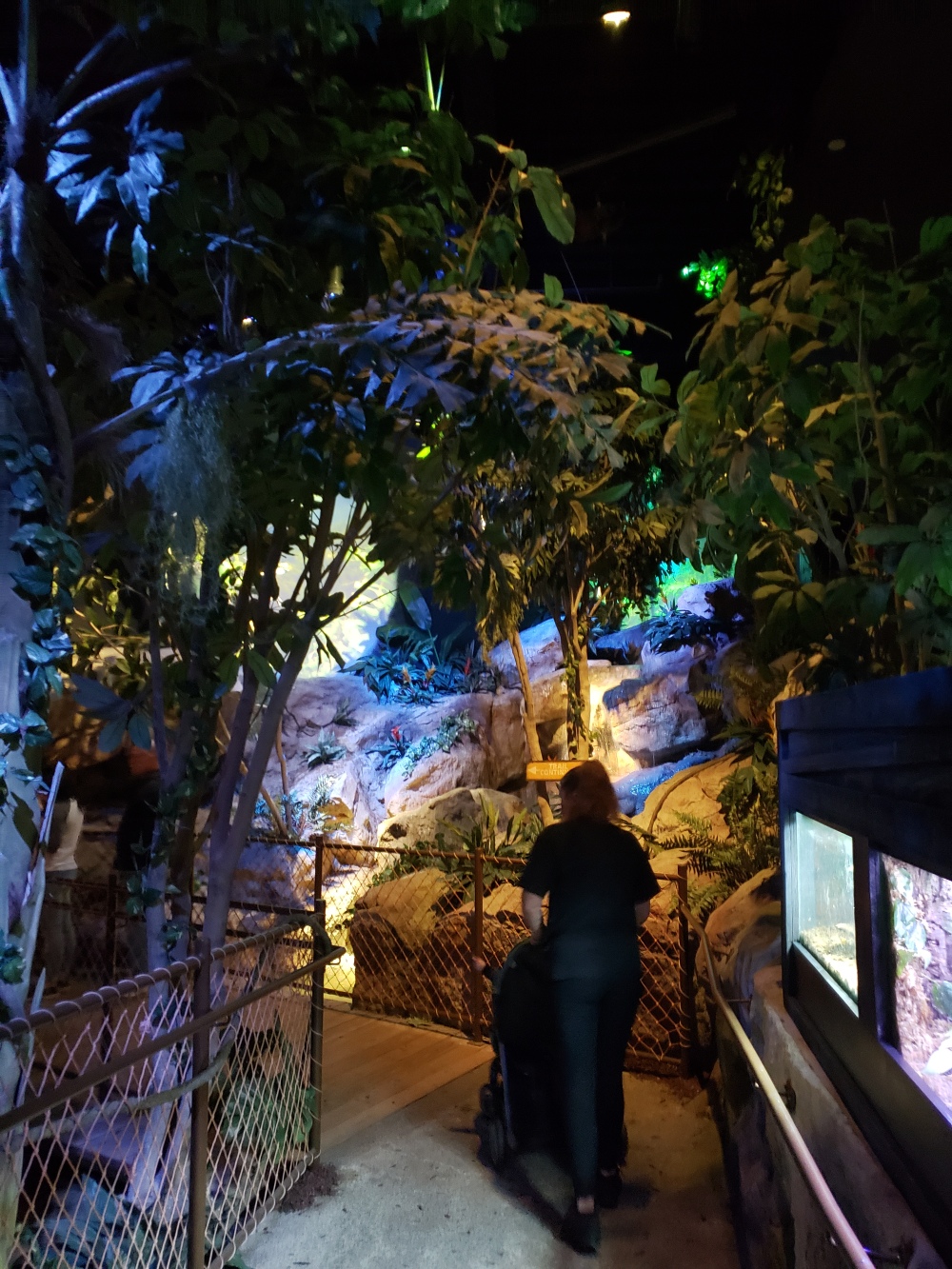 As we entered into a rain forest, they also had little ranger guides you could pick up for kids along the way. The ranger guides have you stop and punch your book at seven different locations throughout the whole aquarium and it sounded as if you get some kind of prize in the gift shop if you find them all.

The rain forest sections has two really unique features, one being the dome area under the alligators, so you can have your head up by them. Unfortunately, none of the alligators were in the “land” portion of their exhibit when we walked through, so you wouldn’t really have been close to them at all.

The other feature is a dome area where you can have the cockroaches fly around your head. I hate cockroaches, so I took a pass on that section.

Following the Rain Forest sections, you enter a series of Aquarium tunnels. They take you through 3 or 4 different tunnels, each that focus on a different large area of water. It started with those found in the Mississippi River/Great Lakes areas and moved into ocean and reef animals. 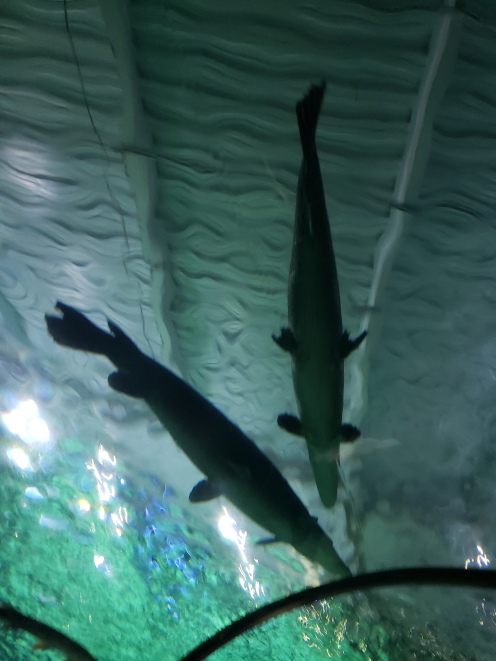 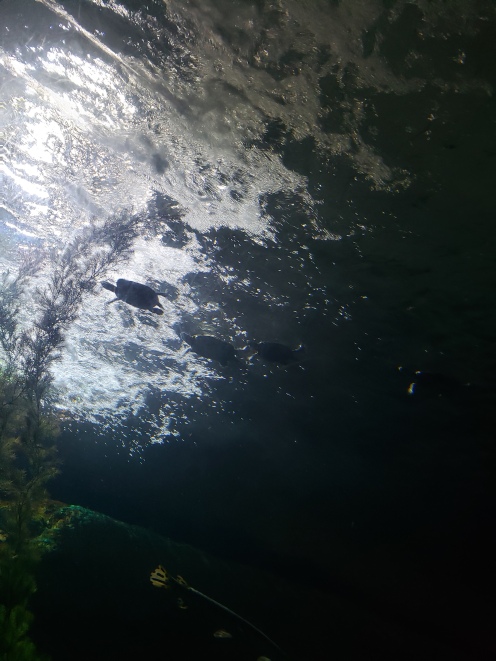 We really enjoyed being in the shark tank area as one longer nosed fish was just hanging out right above us! 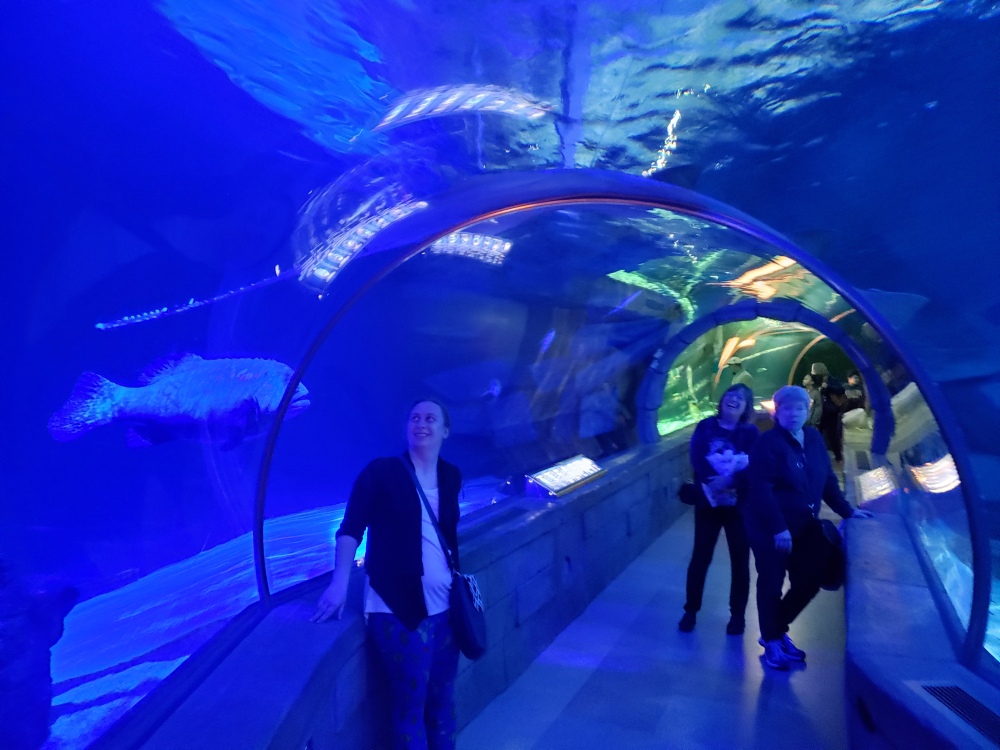 The aquarium is also home to several rescued sea turtles, the one pictured below actually has a short fin. 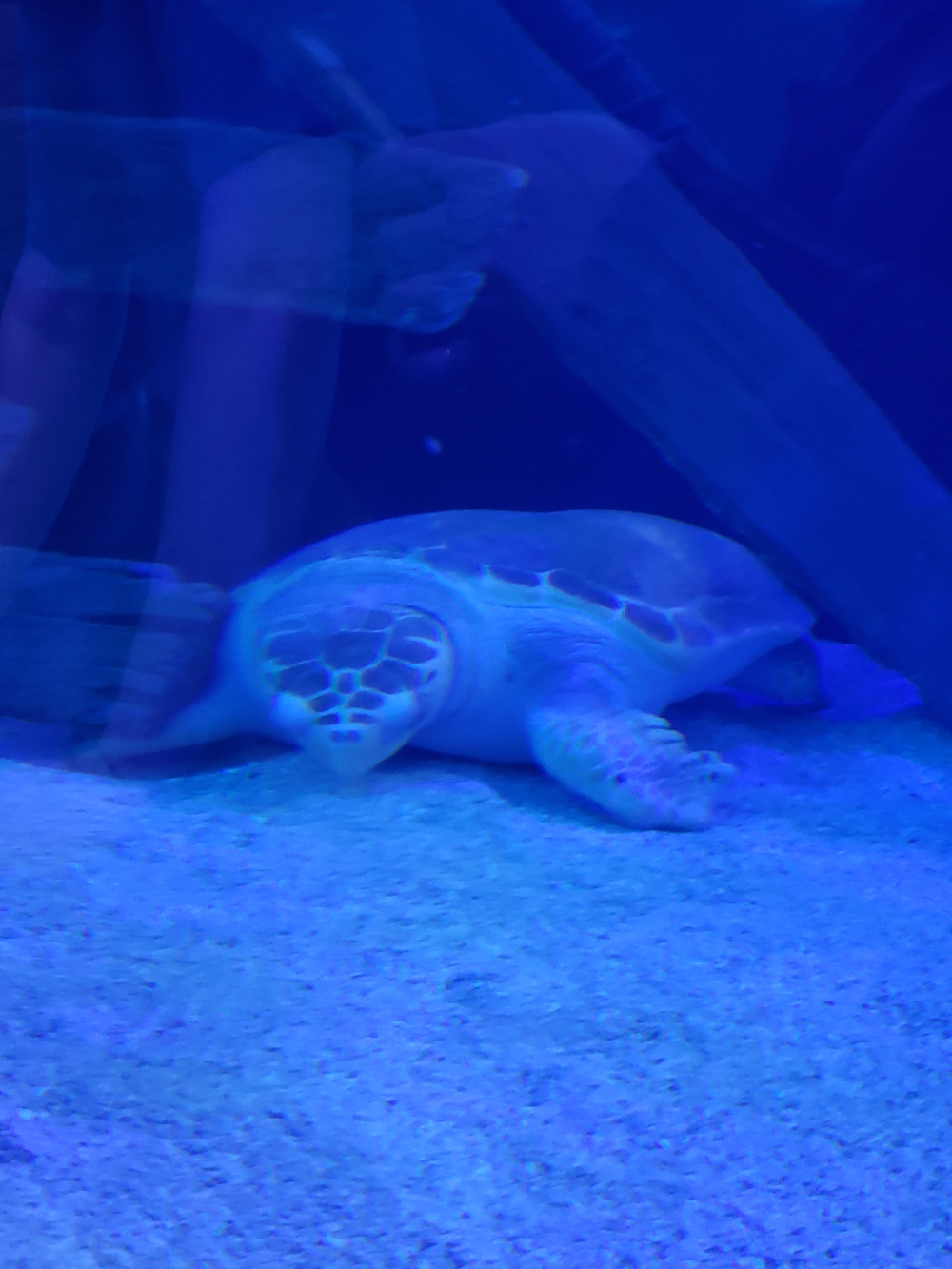 Following the series of tunnels, they also have a stingray feeding tank where food can be purchased for the rays at an additional cost. They also had a touch tank area where you could reach in to touch several types of anemones and starfish.

The aquarium was a great way to spend an hour or so learning about the different wildlife found in different masses of water for not to expensive of a price tag. Of course the smaller price tag means you will find far less sea creatures than some of the bigger aquariums have to offer, but we still had a great time.

If you don’t live near Minnesota, Sea Life also has 8 other locations in the U.S. as well as others around the world, so do some research and you may find a location near you!