As we made our way up the North Shore to our lodge, we made another stop along the highway–Two Harbors Lighthouse. My GPS on my phone was a bit spotty, so we turned off the main highway sooner than necessary, but still managed to find our way down to the lighthouse. They have signs along the main drag that will point you in the right direction. (Note: if you are traveling along the North Shore, this will be your last “bigger” town before Grand Marais. The North Shore is mainly filled with small towns that maybe have a gas station and some type of family restaurant.)

Two Harbors Lighthouse is made up of 4 parts. The first is the visitor center/gift shop. This is where you can purchase your tickets to tour the lighthouse and lighthouse grounds. The second is the Light Tower- the rest of the Lighthouse is now a bed and breakfast, so the only part of the building you can explore is the light tower itself. The third is the assistant keeper’s house, and the fourth is the Frontenac Pilot House.

After purchasing our tickets, the tour is self-guided. We began by visiting the Frontenac Pilot House. The pilot house is from an old tugboat and they have several displays inside detailing boats and shipwrecks that occurred in the area.

Since the Pilot House sits near the edge of the cliff side, you can get some nice views of Lake Superior from inside the pilot house. 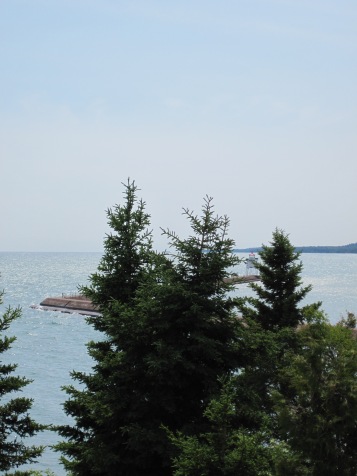 After spending a little time in the pilot house, we made our way to the light tower. There were a few sets of stairs to climb, but it’s pretty minimal given this is a smaller light tower. When you reach the final set you can peek up at the light above. This is still maintained by the coast guard. 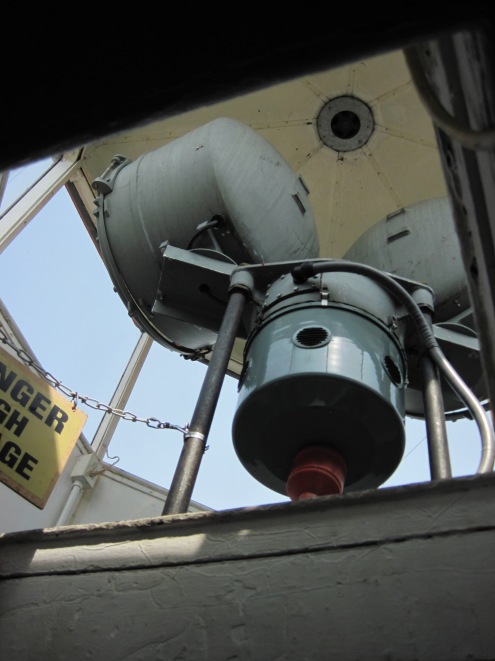 There were several porthole windows you could look out on your way up or down the stairs. Andrew had some fun with that! 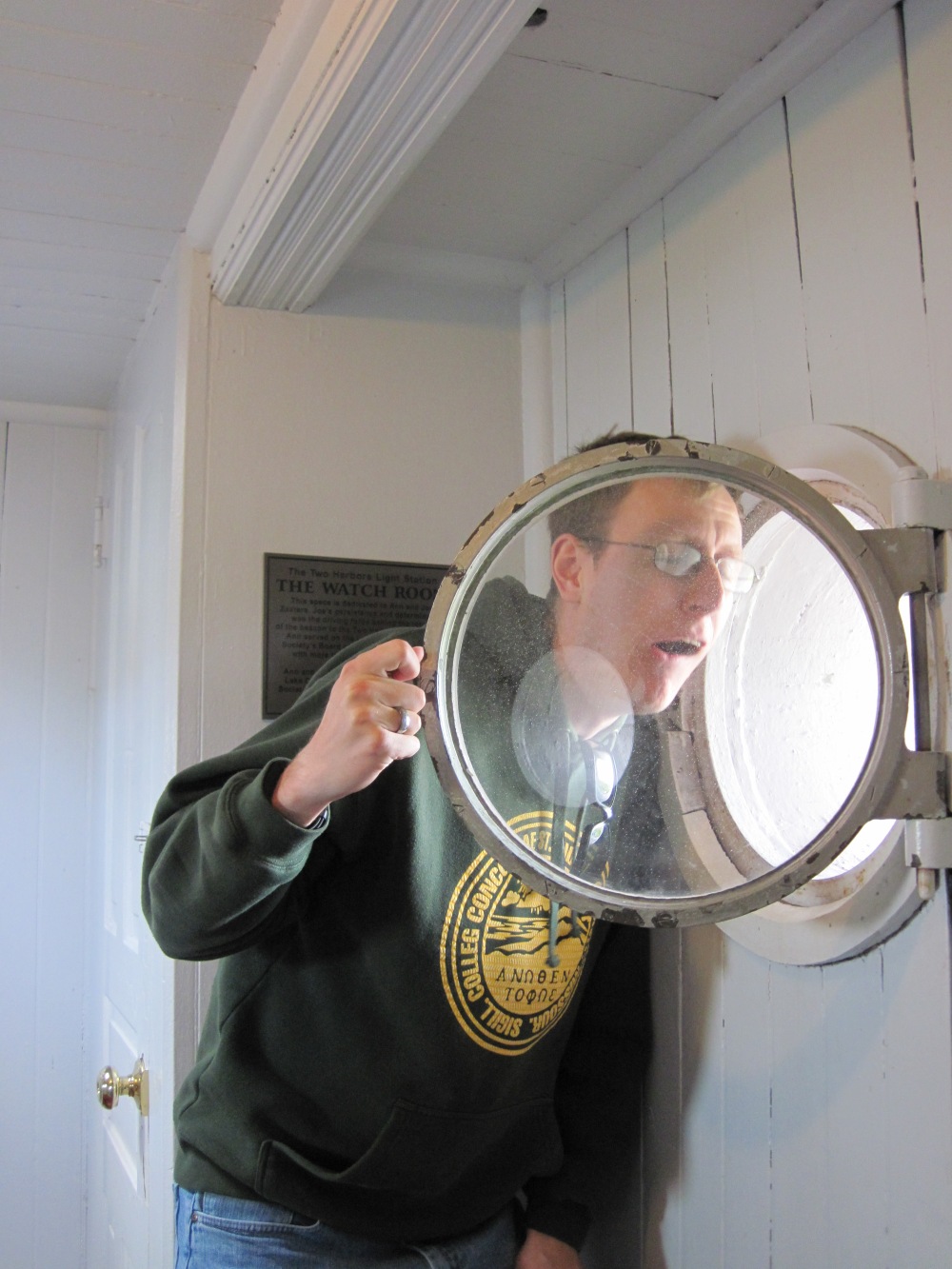 Our final stop on the tour was the assistant keepers house. The inside is furnished to appear as it would have when a keeper lived there, plus they also had an exhibit on shipwrecks inside another room. 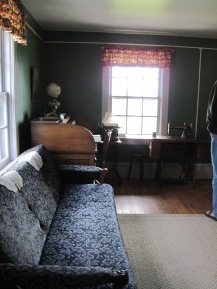 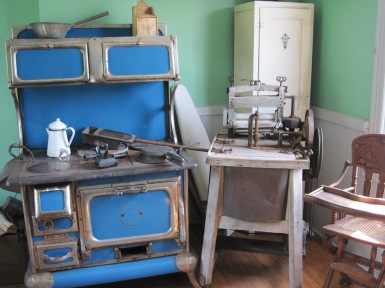 As we walked back towards the visitor center, I got a picture of the back to show the fog horns that would sound if it was too foggy for the light to be seen.

If you want to just view the lighthouse for free, you can actually take a path in front of the visitor center down along the cliffs by the lake. This allows you to look back up towards the lighthouse and also gives some great picture opportunities by the lake.

Follow sitesandbitesjournal on Instagram for up to date news on our travels or sign up to get e-mail updates from this blog for the in depth reviews after we’ve returned from a trip!