Somewhere I have wanted to visit since moving to St. Louis was the Magic House, the children’s museum of Saint Louis, however since we have no children, it didn’t really seem I would every have a reason to visit. This made me really sad, because I’ve heard from several people that it’s one of the best children’s museums they’ve ever seen. But as luck would have it, over President’s Day weekend, I finally had an opportunity to see just what was so exciting about a visit to the Magic House.

I had a friend from college who came to visit other friends of hers in the city. These friends have a 4 year old who we picked up from preschool one afternoon and took over to the Magic House. They had a membership card, so I’m not sure how much it costs to visit just for the day.

Being they had a membership, we entered in a door on the lower level rather than the main entrance. This meant we wound up weaving our way up a flight of stairs to actually find all the action. The stairs led up to a super cool “mini town” area which I would have loved to spend time hanging out in, but our little friend had other ideas. I will say that the coolest thing about the town was the fact that you could go “fishing” and then take what you caught across the room, dump it back in, and see it “swim” back to a pond via a “river” they have that runs under a plexiglass floor area. Sadly no pictures as our friend was on the move to the “ocean” room.

I’ll admit the Ocean room was pretty cool. There was a giant submarine for kids to play in as well as a wall lit up with an ocean scene that you could help add sea creatures to. 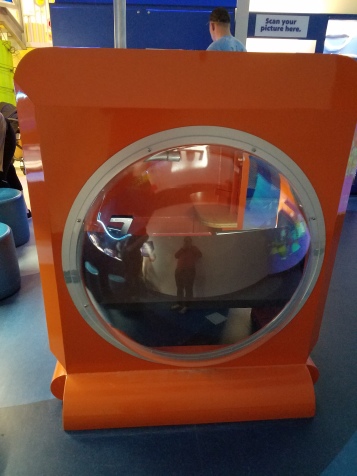 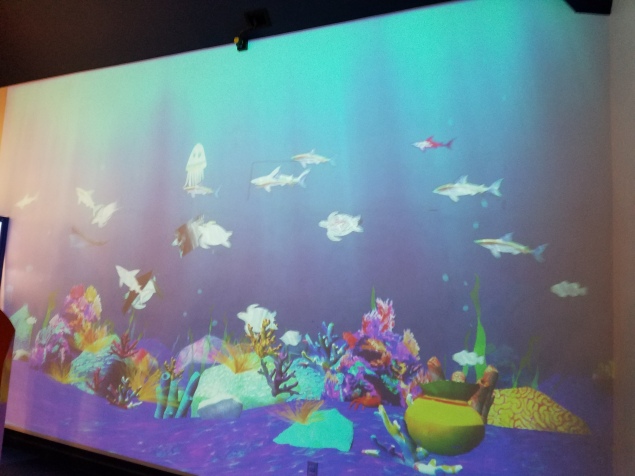 It works something like this. Choose a coloring sheet with an animal outline. Color your creature to your hearts content. Put you sheet in the scanner. Watch your sea create come to life on the screen!

It’s hard to see mine because I used crayon, but he’s the one in the middle of the picture on the left that basically looks white.

We made our way back down to another room very similar to this, only this one allows you to make a city. You can choose between making a building or making a vehicle. I opted for a building. The cool thing with this room that made it slightly different, is that in addition to the scanner to make you building/vehicle appear on the screen, you also could put it in another scanner, which would send it to the copy machine to print off a flat model that could be folded into a 3D version of the 2D sheet you started with. This way you could have something that matched what appeared on the screen.

There were so many rooms to explore in the Magic House that there is no way I could get pictures of them all or even explain them all in this post without getting extremely long winded! One of my other favorites was the Oval Office they recreated in the basement level! 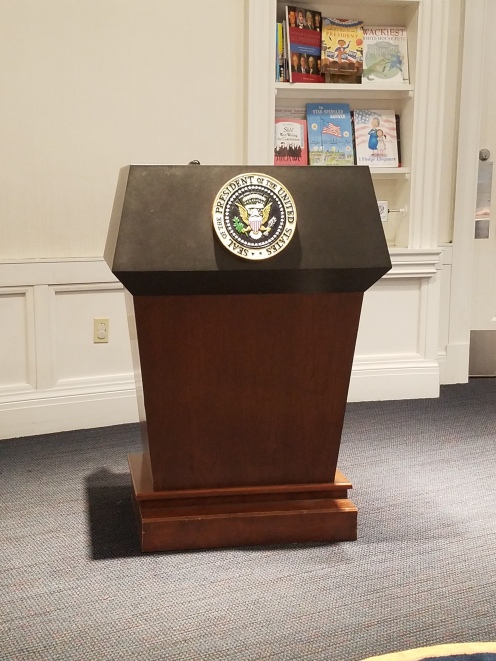 They also had some cool science related things in one of the upper levels, included the giant static ball that makes your hair stand on end. On our way to that area we also stumbled upon a door that led to a rooftop garden space. Being it was February it wasn’t open, but it sure looked like it would be a fun space in the spring/summer. 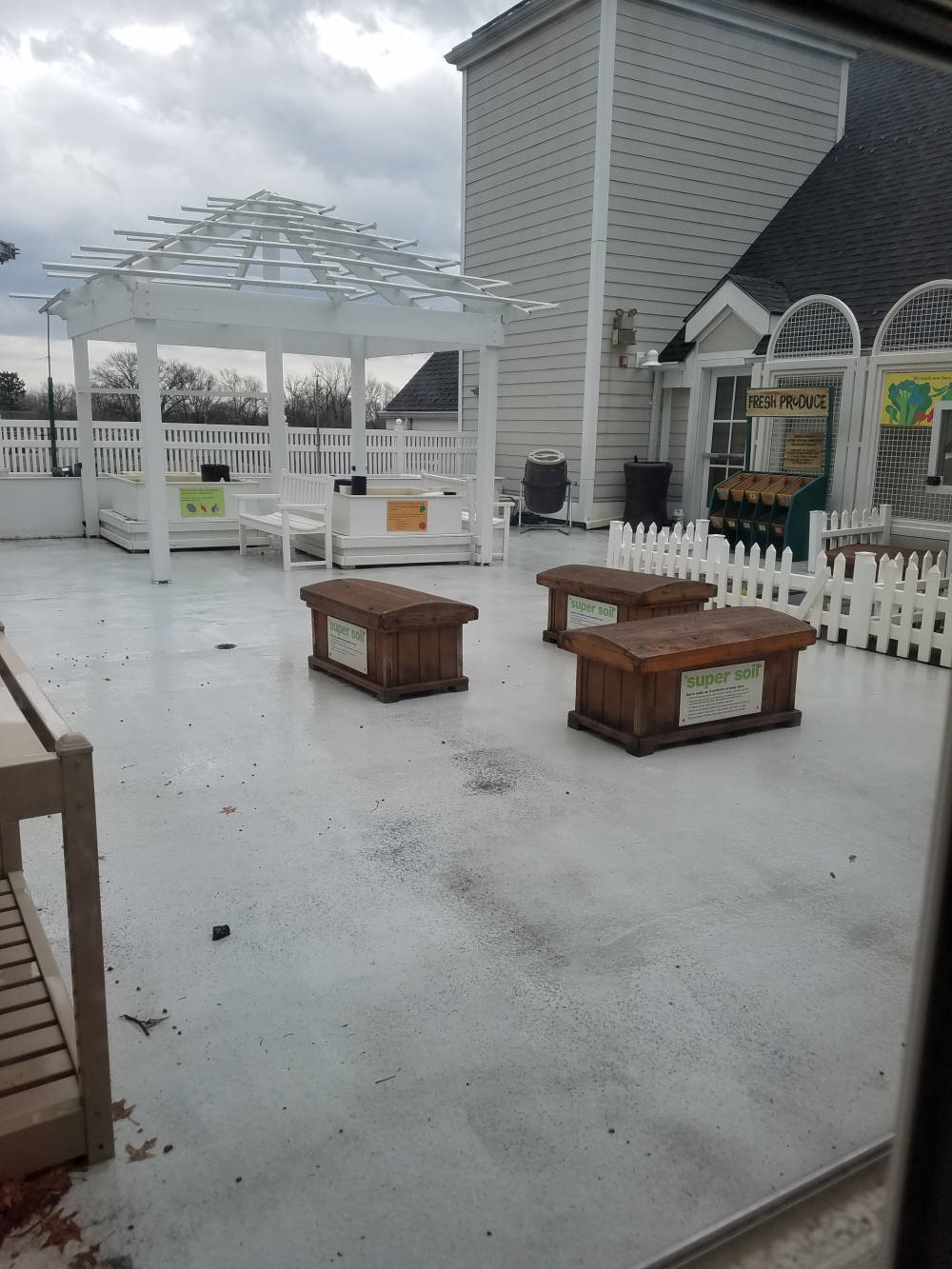 My guess is that we probably still didn’t see every section of the Magic House during the few hours we spent there, but I was glad to have a chance to explore some of it, and very happy to have made a new little friend that day!