Due to the nature of Andrew’s vicarage our annual anniversary trip had to be more of a staycation. We boarded our pup, Theo at Lucky Pawz in Iowa City and spent two nights at the Best Western Cantebury Inn and Suites in the sister city, Coralville.

Because we were staying local, we splurged a little more than normal for a hotel as we would only have a few miles to drive. Plus it was our 5th anniversary so it seemed right to splurge just a little. This hotel caught my eye because of it’s unique medieval theme. Bonus was they had two different suites. I booked the one that I thought was located inside one of the turrets, but when we got there they actually placed us in the other one that is on a level all of it’s own. This meant our room was on just one level, instead of the two different levels with a spiral staircase, but we actually preferred this as it meant absolutely no neighbors and very little noise from the outside as well. The turret room would have probably had some road noise, especially since they were doing some road construction nearby.

Our suite was called the Royal Knight Suite and was not even located on the hotel map. We could enter though a side door and then walk up two different flights of stairs that led right to the doorway of our room. It’s pretty exciting to have your own staircase! 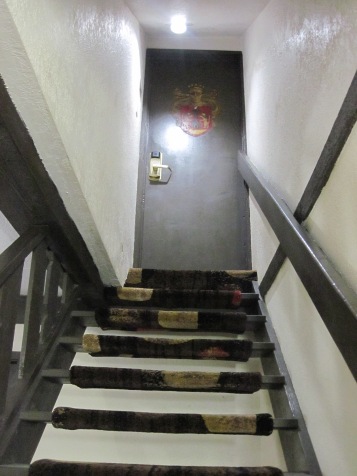 When we entered the room, we walked right into the living room/kitchenette space. The whirlpool tub/shower that was in our room is located between the living room and bathroom area, but I suppose this could be nice if you want to watch TV while in the whirlpool. 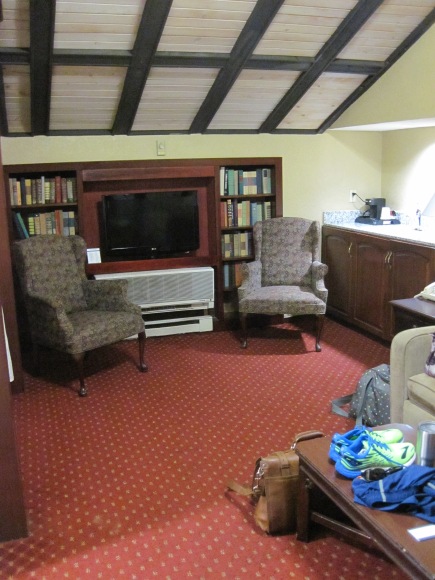 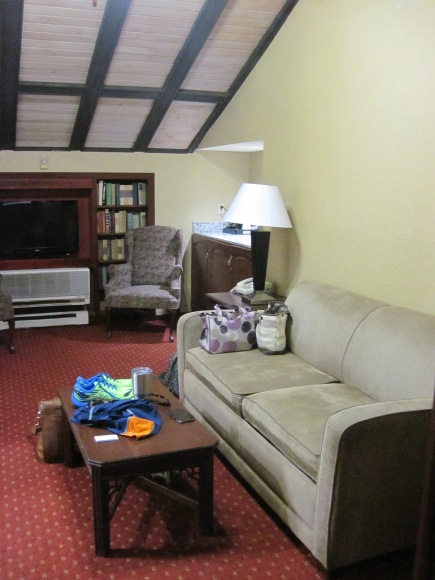 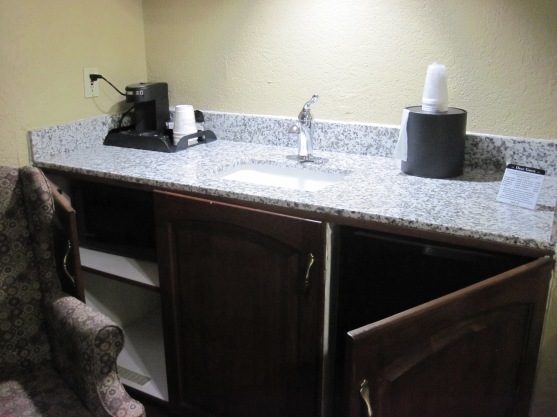 I loved the unique architecture of the space and it was a great plus to have a nice fridge and microwave for use as we knew we’d have leftovers to keep over the next few nights. Yes, we could have run them home the few miles, but that would have ruined the “trip” atmosphere.

The bathroom area had a nice long sink space with double sinks, a closet, and a toilet in it’s own separate room. Andrew always is a fan of that; I don’t really care either way! As said before the shower was built into the whirlpool area. It had three different shower heads which was amazing, but confusing to figure out which knob went with each at first. We also found the quickest way to fill the whirlpool was to also run all the shower heads.

Through another set of doors was the bedroom space. Since it was July, we did not utilize the gas fireplace found in the bedroom, but I imagine it would be nice and cozy in the winter. The bedroom also had a TV of it’s own and a very misleading short set of stairs leading to a locked door that would lead out to the roof if you could get out. 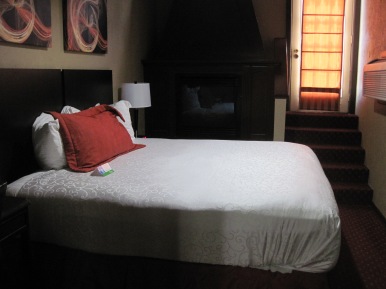 The Best Western also had a nice pool area. The picture online will show a cool stained glass ceiling, but that doesn’t actually exist anymore. The pool area also has what looks to be an old bar, but it isn’t in use, more than likely for safety reasons. They have lots of tables that you can sit around and eat snacks just outside the fenced pool area. Several rooms have patio or balcony space overlooking the pool. Some vending and laundry was located nearby and they also had a Foosball and pool table.  The hotel supposedly had a workout room, but as we wandered through the rather dark lower level, we had no luck in finding it to snap some pictures. 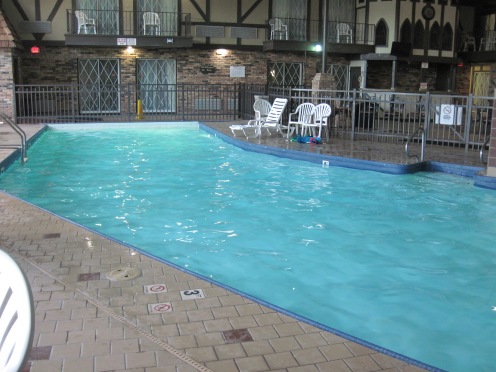 The hotel also had a nice breakfast. Pretty standard hotel fair, including a waffle maker and biscuits and gravy. They had plenty of seating in the breakfast area, which was nice because that’s not always the case. If you stay during the week they also provide a complimentary dinner. Not sure what that entails as the Thursday evening that we checked in we had eaten at Old Chicago right before. There are several great restaurants within a short drive down on the Coralville strip.

If you are in the Coralville/ Iowa City area and are looking for a unique hotel stay, I definitely recommend the Best Western! I would gladly return again!