The third day of our trip we really weren’t in much of a rush. We only had about an hour to drive between Branson and Springfield, so most of our time could be spent exploring the area.

After sleeping in we chose to head to Grandma Ruth’s for cinnamon rolls. Lots of people and articles I’d seen had talked up these giant rolls. We were not disappointed. We both ordered a caramel roll and could have easily shared one between the both of us, but we took the leftovers with us to use as breakfast the next day. We met Grandma Ruth herself as she came by our table to chat with us about where we were traveling from. When you ordered you could watch the rest of the family create more rolls through the glass on the side. It’s a very cute and sweet family run business and they had some live entertainment going while we were dining as well. It was just a great “down home” experience!

Now comes the more disappointing part of the day. I’d spied this beautiful church while on Pinterest one day and knew that I just had to see this in person! 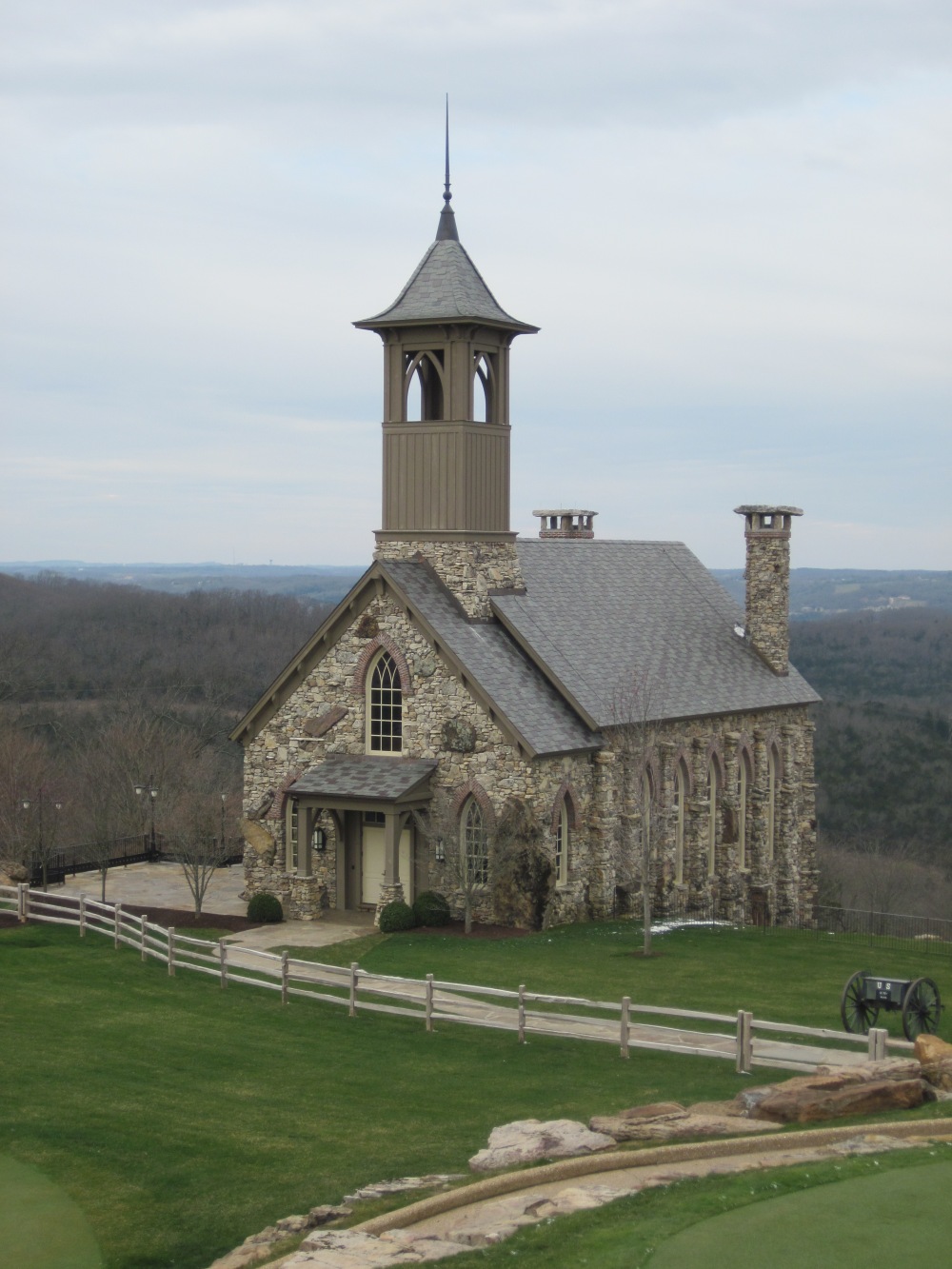 It’s located at Top of the Rock in Branson. Isn’t it just beautiful? Unfortunately this is as close as I could get to it. Just to get into the Top of the Rock grounds area (it’s owned by Bass Pro Shops) we had to pay 10 bucks for the carload, but they give you a voucher that allows you to get that money back if you spend money in their gift shop or restaurants. The downside…..the restaurants and gift shop weren’t open yet when we were there. So 10 bucks got us the opportunity to look around the grounds, check out the views of Table Rock Lake (which we could have done for free at the state park on the other side) and check out the massive sinkhole that occurred a few years ago on this property. A sinkhole that they are still excavating in hopes of leading to a new cave series on the property. For even more money we could have toured their museum or gone on a cave tour but we were already pretty disappointed that this was all our 10 bucks got us so we snapped a few pictures and then took the free shuttle back down to the spot our car was parked and went on our merry way to Springfield. 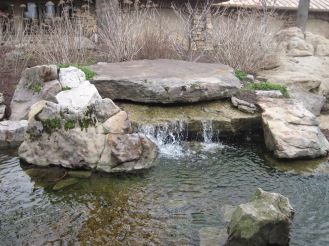 Since we hadn’t spent nearly the time there we had thought we might, we decided to check out Wilson’s Creek Battlefield just outside of Springfield before lunch. This Battlefield seemed so much more interesting than Pea Ridge a few days before. The ranger who helped us with our entry fee mentioned that our receipt was good for 7 days and would also get us into Pea Ridge. Not sure if it works the same way around and we hadn’t save our Pea Ridge receipt so I couldn’t go back to check. The house that still stands on the battlefield grounds is usually open for tours, but due to the cold weather that week was not open, but the ranger said we were still free to walk up onto the porch and peek in the windows all we wanted, which we did. It’s really crazy to think that a family was living in the house watching the battle take place across their fields. It was also really neat to see their spring house across the way. The other significant marker we hiked out to was the site where General Lyon was killed. I liked that they had a lot more markers detailing what happened at each site. 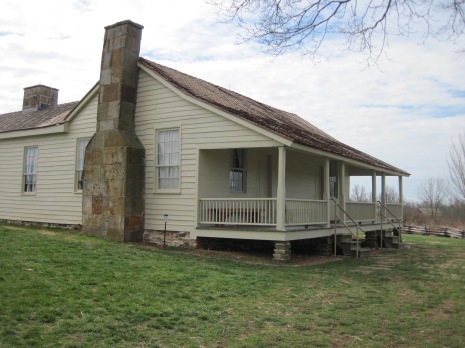 After touring the battlefield, we had a quick lunch at Arby’s and then trekked over to the Bass Pro Shop Headquarters. This is a sprawling store, but in my opinion not nearly as impressive as the shop located in the Pyramid in Memphis. Although currently the Aquarium portion of the store was under serious renovations and not open to the public so maybe I would change my mind if I could see that portion.

Following our walk through the store we decided to check out the Route 66 Visitor Center. It’s a cute setup in a small storefront of a parking garage. One corner is dedicated to Route 66 gift shop memorabilia and the other side is your basic Springfield Visitor Center filled with guidebooks. The lady working the desk was quite helpful in giving us lots of suggestions for seeing things along the Mother Road while in Springfield and also gave us several brochures about parks in the area where we could get a decent walk in.

After leaving there we decided to head to Valley Water Mill Park to get a nice outdoor walk in since the weather was finally turning a little warmer. We walked around the entire lake and even saw some fun wildlife along the way. It was a nice place to go to get away from the town.

Following our walk we had an amazing dinner at Springfield Brewing Company. I wish I had a picture to upload of our meal! I ordered the Bavarian Pretzels and Andrew of course ordered Mac and Cheese but we both shared with each other. It was probably some of the best mac and cheese I have ever tasted.

Next we checked into our hotel, The Best Western Rail Haven. It’s been around since Route 66’s heyday. More on the hotel in next Tuesdays post! By that point we were craving something sweet to have while watching March Madness so we opted to walk down to the Steak and Shake that also has been around since the heyday of Route 66. I normally wouldn’t focus much on a chain restaurant but the charm of that place still holds. We both got our shakes to go, but the service was quick, it was fun to sit at the counter while we waited, and the old signs around the property still gave that Route 66 charm. 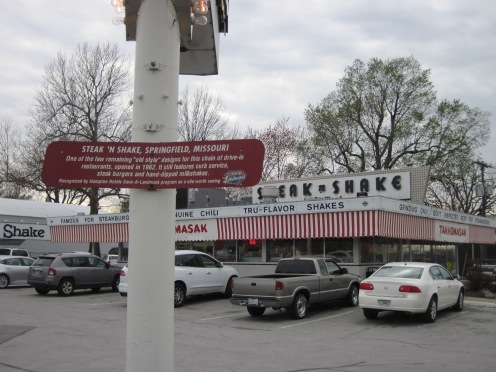 We will be doing some traveling over Memorial weekend, so no promises as to if I’ll actually have a blog post up next Tuesday, but if not Tuesday….Wednesday for sure!